Why the iPad is the perfect war-gamers tool.

Why the iPad is the perfect war-gamers tool toy.

OK I know its possible to do these things with say a digital camera and a lap top but with the iPad it is just easier. And it would be quite expensive to buy one just for gaming, but lets say you’ve bought one here are the top 5 things that makes the iPad a great toy for an analogue war-gamer: 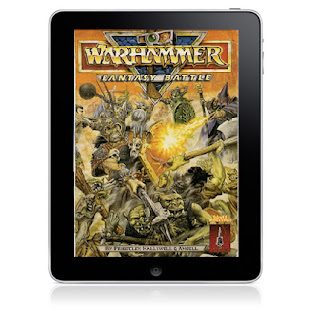 1)       1) PDF rules. If you have your favorite rules set in pdf format it is simplicity itself to flick to the pages you need. Even easier if you float it. Nine times out of ten you would get to the rule quicker on float than flicking through the paper rule set.

2)       2) iPad formatted editions. Many makers of rules such as Too Fat Lardies and Ganesha Games are producing rule sets with links in specifically for the iPad.

3)       3) Note taking. Want to write out your spell lists and army lists, forget countless sheets of paper cluttering the place up put it on your iPad notes.