When bidding on something I want on ebay I often find the bargains are in the big lots which also often means you end up with something you already have. 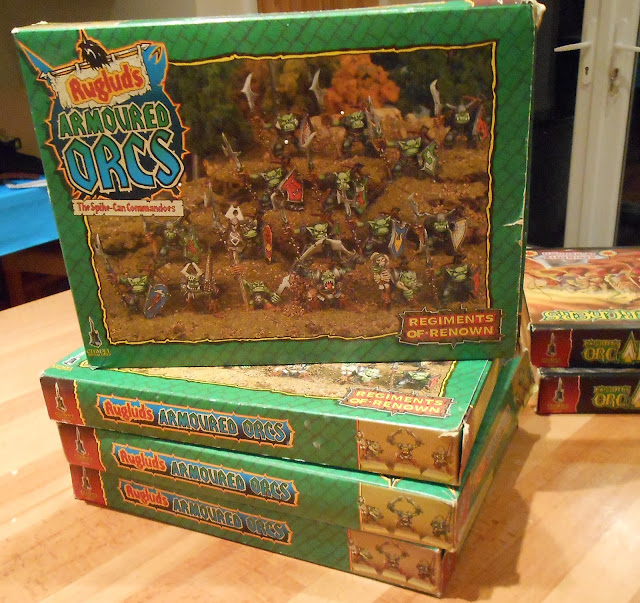 Now one boxed set is my original from '88 and I ain't repainting that. Another is destined for my new orc force and a third would be nice to keep as a complete unused set. That leaves me with a spare. What to do with it. Either I could see if anyone needs a swap and has something to really tempt me (seriously if you have something great and want a boxed set let me know but it would need to be pretty special) or I could run a competition. You know one of those sign up to the blog and say you want it kind of jobs but that seams a little mercenary and someone who wouldn't show it the right kind of love may get it. I don't know but four Rudlug's boxed set are too many Rudlug's boxed sets.

OK just for you box lovers out there, I love a good box. Not the full collection by any means.

With Oldhammer weekend fast approaching it really is time to get the brush hours in. I've promised to run Forenronds Last Stand, you know that scenario you've had ever since you bought 3rd but never played. I've played it a few times, with card counters and a couple of times with painted minis. So I can field all the forces but I've set myself the task of sprucing up, or in this case replacing some of the units.

These are  Erny's Roamers, Erny is a good name and it is from this enigmatic leader of gobbos that I take my on line moniker. They are MM goblin wolf riders though the champion is a converted infantry champion. I prefer him to the actual MM wulfboy hero model which is also almost painted. The standard is also non-standard representing a trophy captured from a unit of quarellers they quarrelled with. The standard dwarf's head now decorates the top of the banner and I've tried to go for a Gary Chalk look to the banner itself. Anyway enjoy: 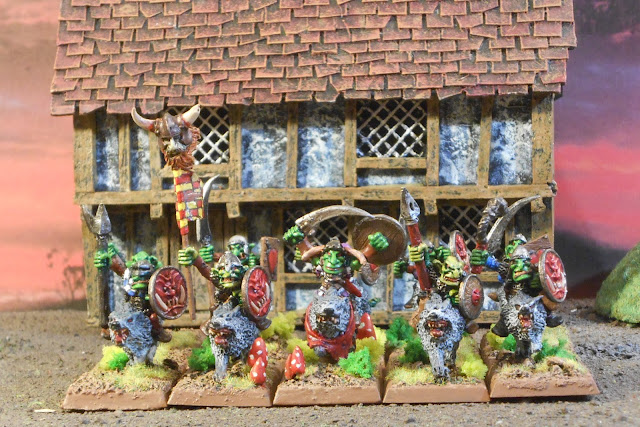 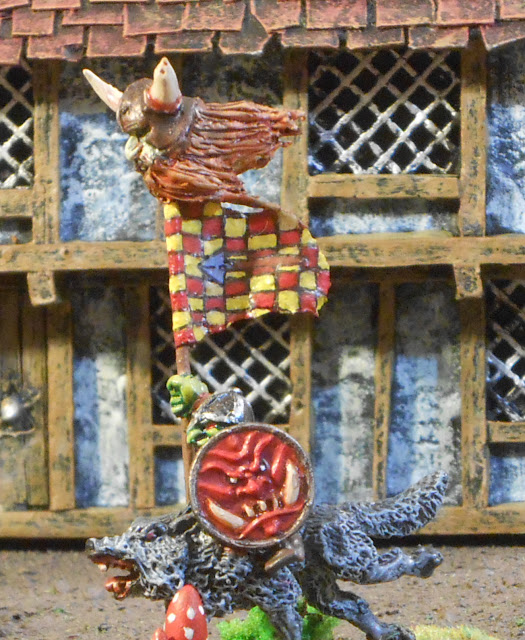 Now these photos should be in focus, I recently rediscovered my tripod in the garage. The last set of photos of the gobbo spears were not so whilst I had the lights and scenery out I took a few snaps of the infantry. Let me know what you think. 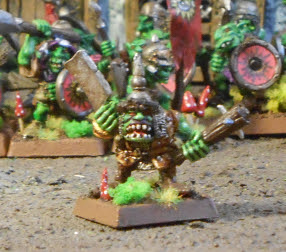 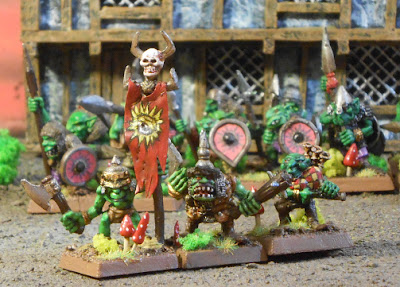