Daemonettes always say slaves to darkness to me more than any of the other miniatures in the whole late 80’s chaos range.  I picked these up in a grab bag from Luton GW in about ’91, got these, a Keeper of secrets, a few Slaaneshi champions 4 chaos dwarf swivel guns and some RT Chaos space marines all for about a tenner. It was almost the last bag and I can only assume it was considered old stock. Anyhow these were once painted very badly in coloured washes over white, then spent maybe the last six or seven years with bright Neon PJs (should I show pictures of these? No, no bad idea).

When my brother decided he wanted to play a few 4th ed games it seamed appropriate to use these lasses that he had fought so many times in that edition but give them a new PJ all the same. I decided in the end to go with muted pastels of Slaves to Darkness for this repaint but sticking to just one colour.

I also took the opportunity to  tart up the Keeper of Secrets and the witch.
Posted by Erny at 02:31 1 comment:

So here is a thought. I’m enjoying a really nice pbp game of LL over on the LL forum. My gaming group gets together so infrequently what with work and kids that online gaming is becoming a real alternative despite the long turn around times. You only have to look at the battle reports on Gaj’s site to see what is possible. So there we have it I’m playing AD&D quite happily on one site, other people are managing 3rd ed WHFB on a blog. I would really love to run through The Enemy Within again, it being some 10 years since last I did it. Now I think we can all see where this is going. 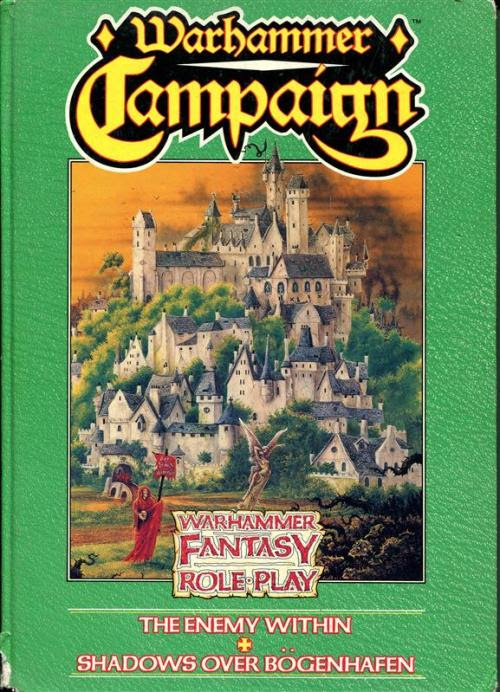 The Enemy Within, 1st ed. WHFR, using the classic pre-gen characters, run as paper and pen, a post every say 2 days so no great commitment, on a blog (not this one a specific EW campaign blog) to the true values of the Oldhammer contract. Any takers, even vaguely interested and I can see if this has legs?

I have a few of the characters in lead so you may even get some more painting out of me for decoration.
Posted by Erny at 07:35 7 comments: