OK, it took me longer than expected to get back to this but it's time to finish this two year old battle report. 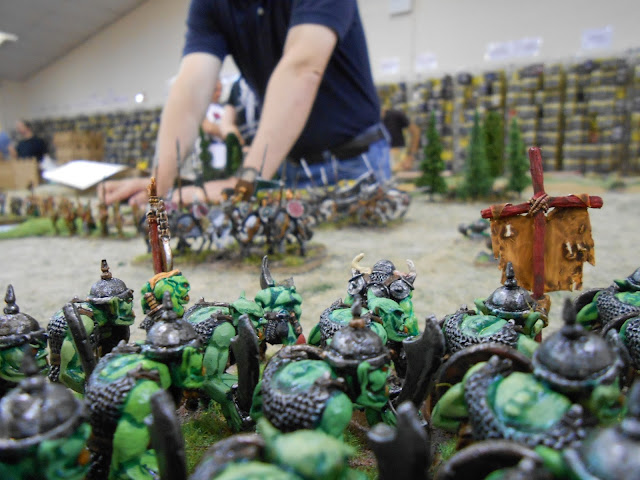 From earlier on the battle I forgot to put this picture in the last post. And this is my favourite! 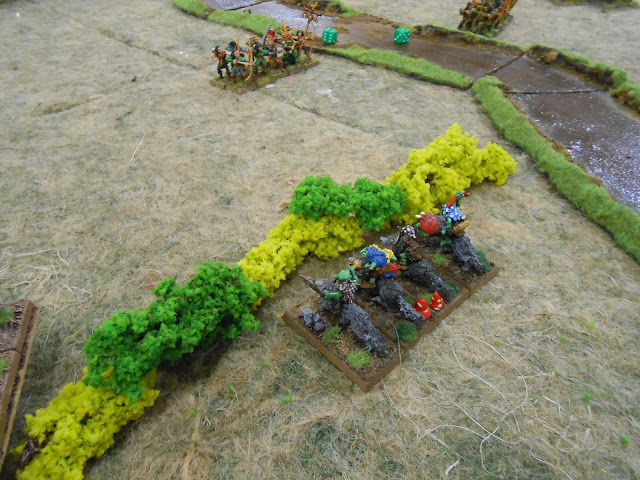 The elven archers begin to have an impact on Drilla's killas. 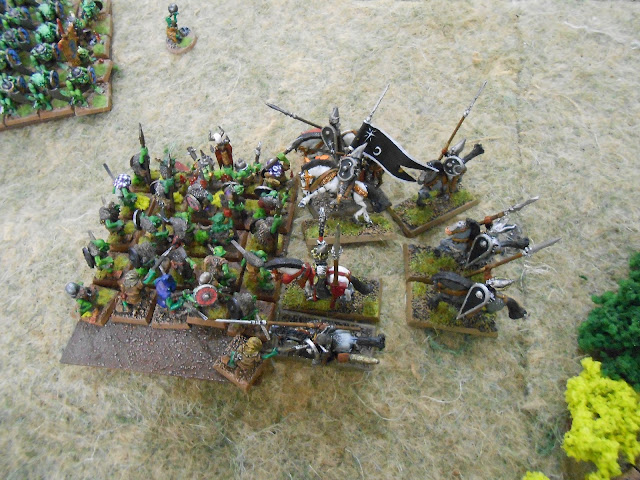 The first elven cavalry find fighting the gobbos up hill hard work, even charging in the flank. 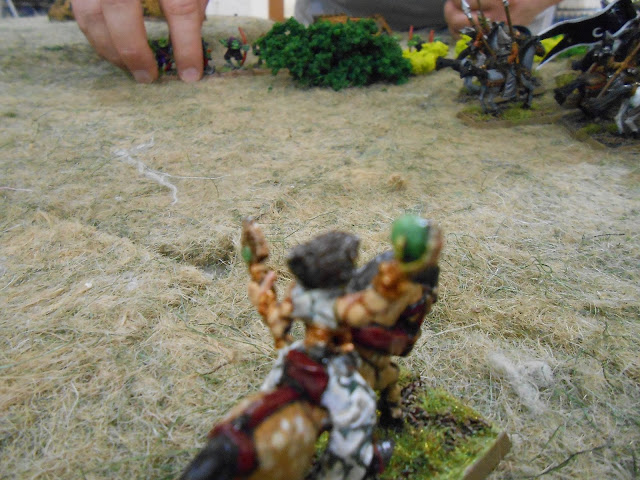 Atlanta's magic had little impact on the battle, perhaps it was an off day for him being too excited to be surrounded by so much authentic oldhammeryness. 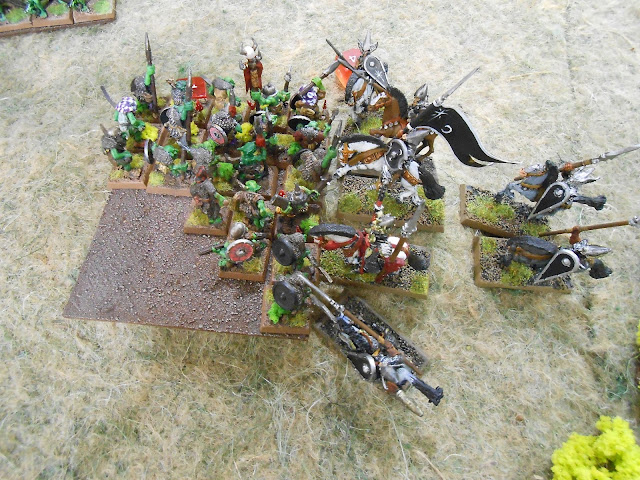 Slowly the 1st Elven Cavalry begin to chip away at the Pigstikkas. 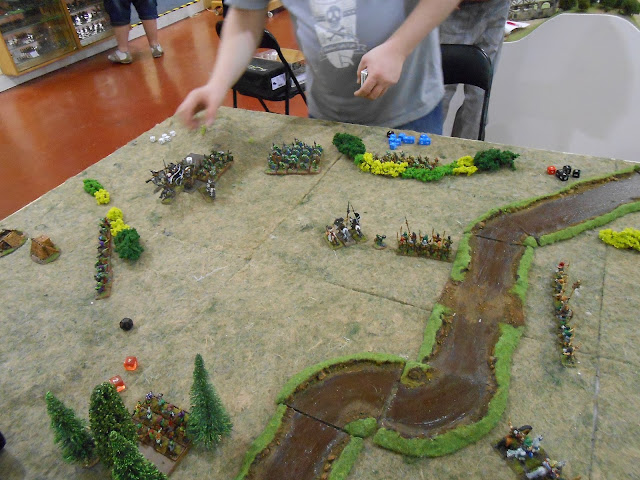 One unit of Archers crosses the ford as a fanatic finally causes havoc in in 2nd Elven cavalry. 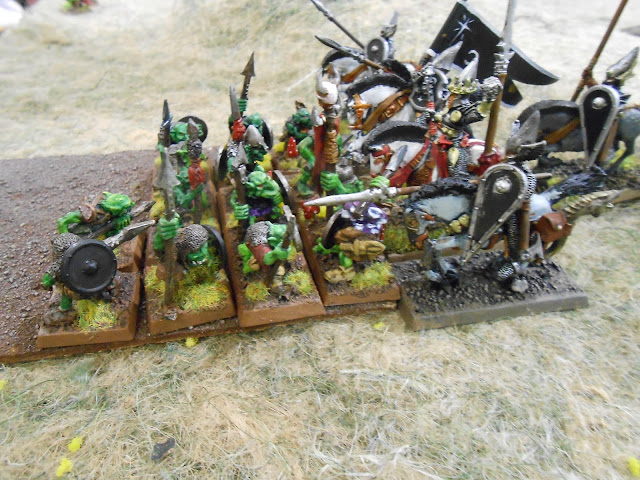 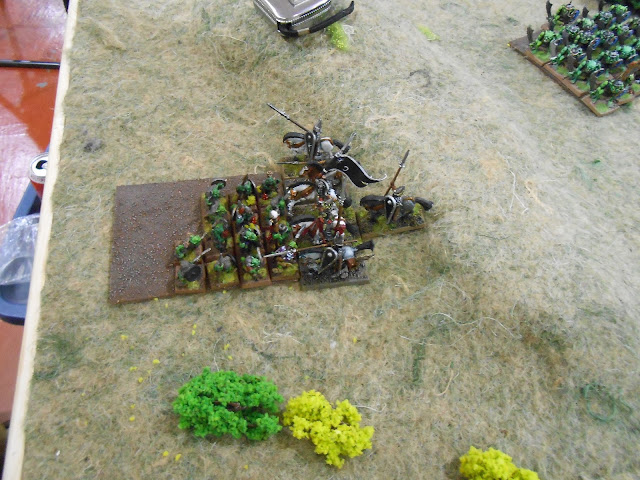 Eventually they rout off the table followed by the victorious riders. 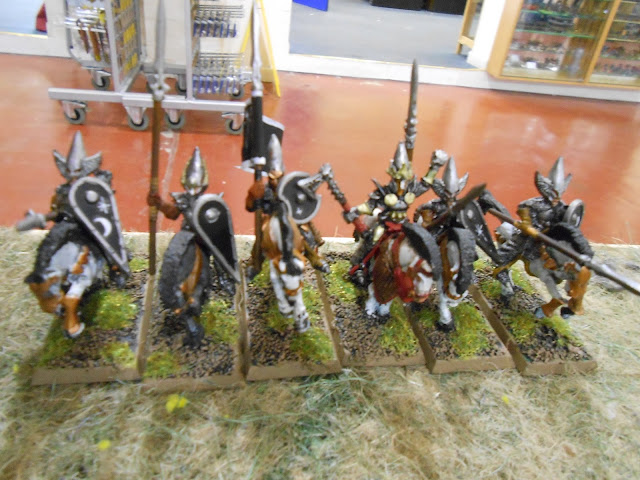 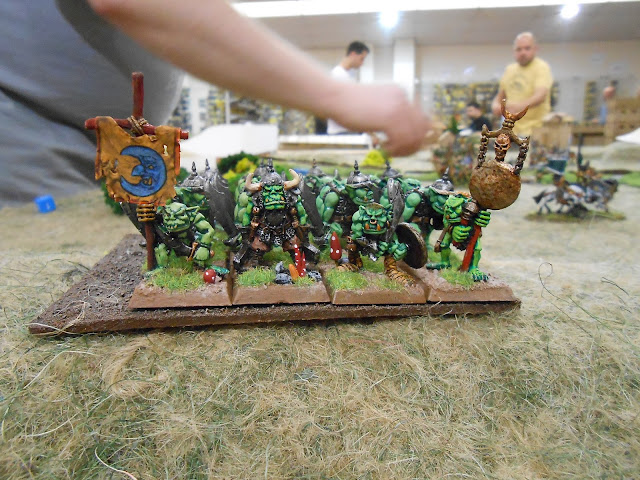 Mandrack The Murderer and his Mad Molesters wait patiently for the elves return. 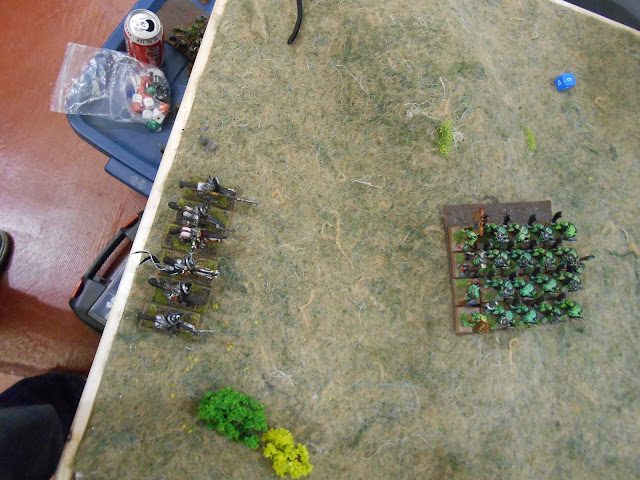 Will the battle will be decided between the two generals and their followers? 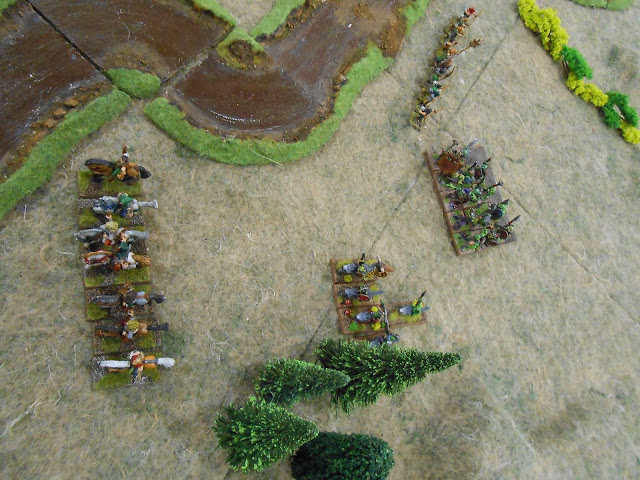 After finally ending their squabble Erny's roamers are lead a merry dance by the 3rd Elven cavalry  and  Pepp's Killers take bow fire. 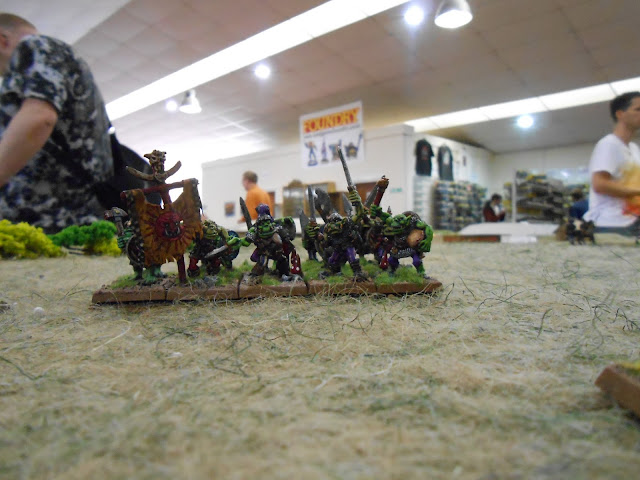 Pepp lines his killers up to charge the Archers. 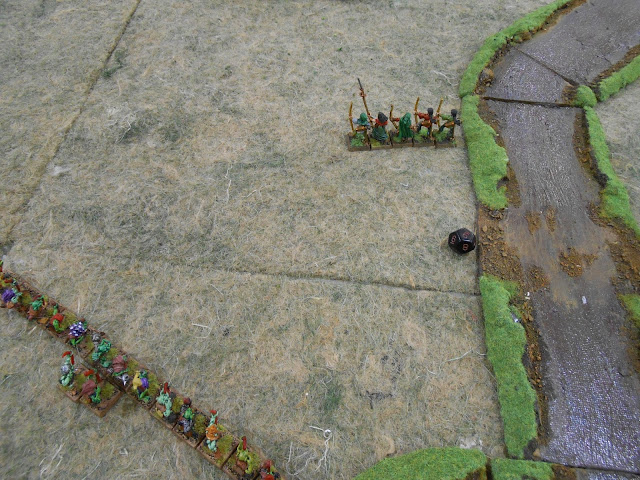 Sick of hiding in the woods and emboldened by the elven casualties taken Gruesome Jobbo leads his Gobbo bows to close in for the kill. 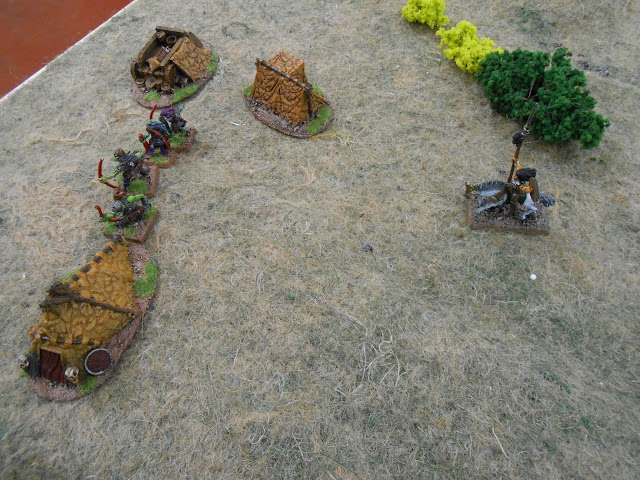 Meanwhile Philander is the last survivor of the 2nd Cavalry, he is still more than enough to chase off the open Sore boyz. 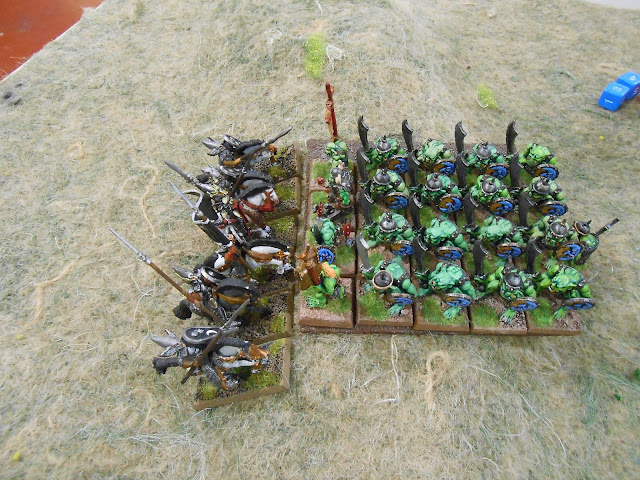 The generals charge each other with the stakes so high neither issue challenges. 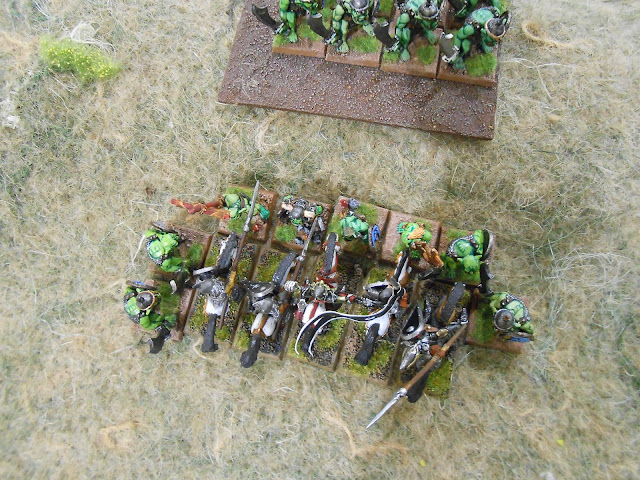 The orcs position on the hill is however telling and the greenskins wrap round. 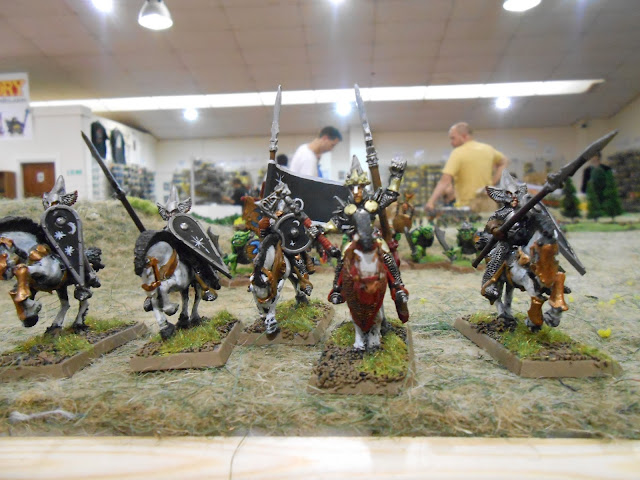 Corma routs from the field but lives to fight another day.

So there you have it the Elves lose. Now from comments I've read some think this the usual situation but for me this is the only the second time I've not seen the elves win.

It was a great game and a belated thanks to Jeff and Snicket for making the game so much fun to GM (even if I did abscond near the end to look at Bryan's old lead collection.)
Posted by Erny at 15:20