OK I've gone and done it again.  Run out of time in Orctober, this time the half term at home with the kids (and my paints) turned out to be a half term in Suffolk with the kids and no paint. Bame the wife.

We did go to Framlingham Castle which is always good, a first time for my boys too. 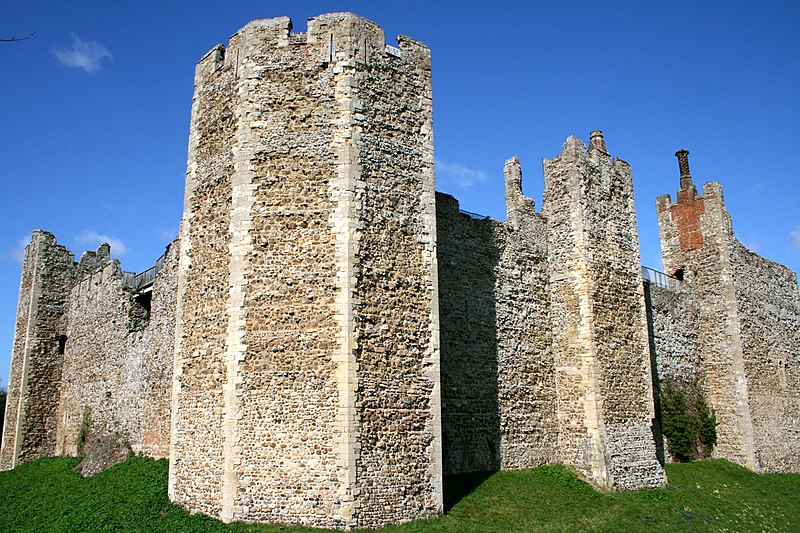 I read Lamentations, C. J. Sansoms 2014 historical crime novel from front to back. It's a good bit of fun set in the final months of Henry VIII's reign. It has really put me in the mood for some WHFRP.

But no little orcs to be held in my hand. But thanks to my Brother in law and intrepid world wide birder extrodinare I did witness the saving of a Little Auk. Not rare at sea these little birds are rare in land, even on the coast. My eldest son is bird mad so was over the moon to see this Orc, erm Auk transported safely back to the sea. Until they get out of the surf they can be prey to herring gulls a few of which were buzzing about but readers will be happy to know that Gauk and Mauk looked kindly on the little fella and he was soon speeding through the deeper water out to sea.

It means my Boysz haven't been finished so I've decided to keep entries to the Orctober prize give away open until I'm done myself. I really should post up what I'm giving away this year. 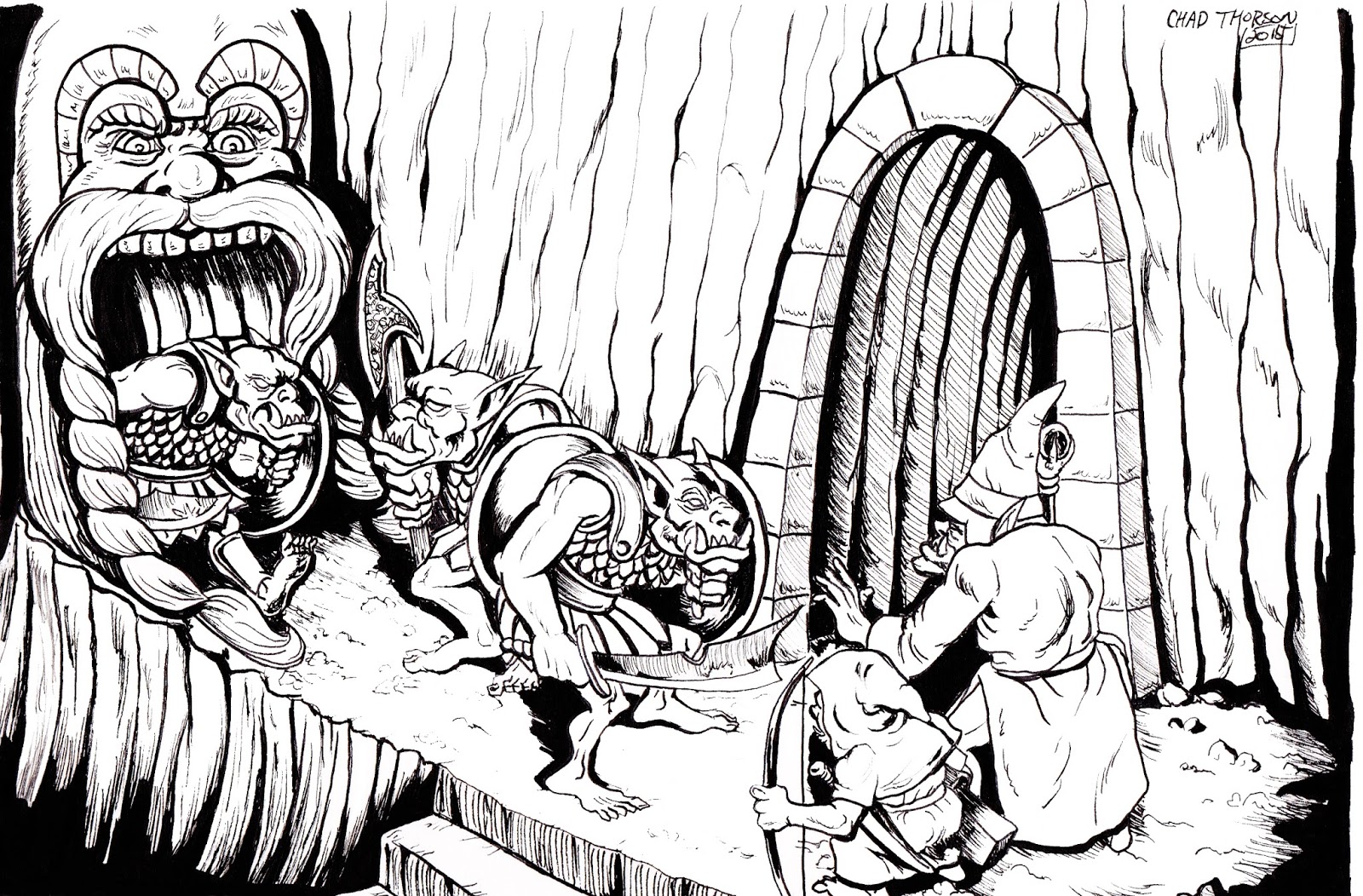 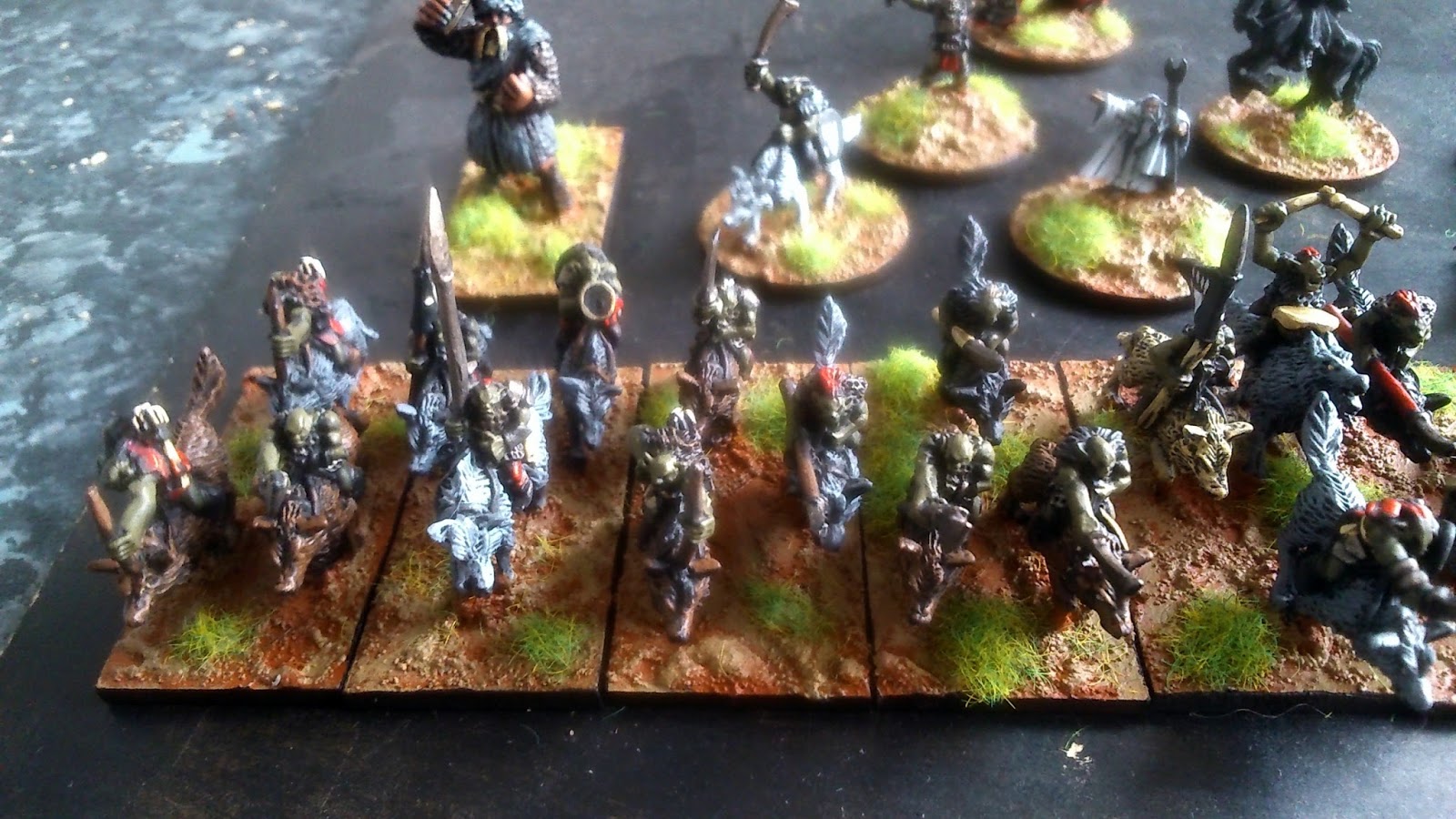 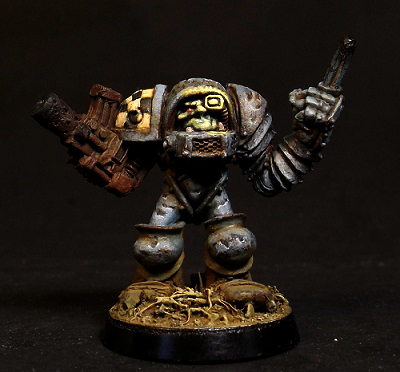 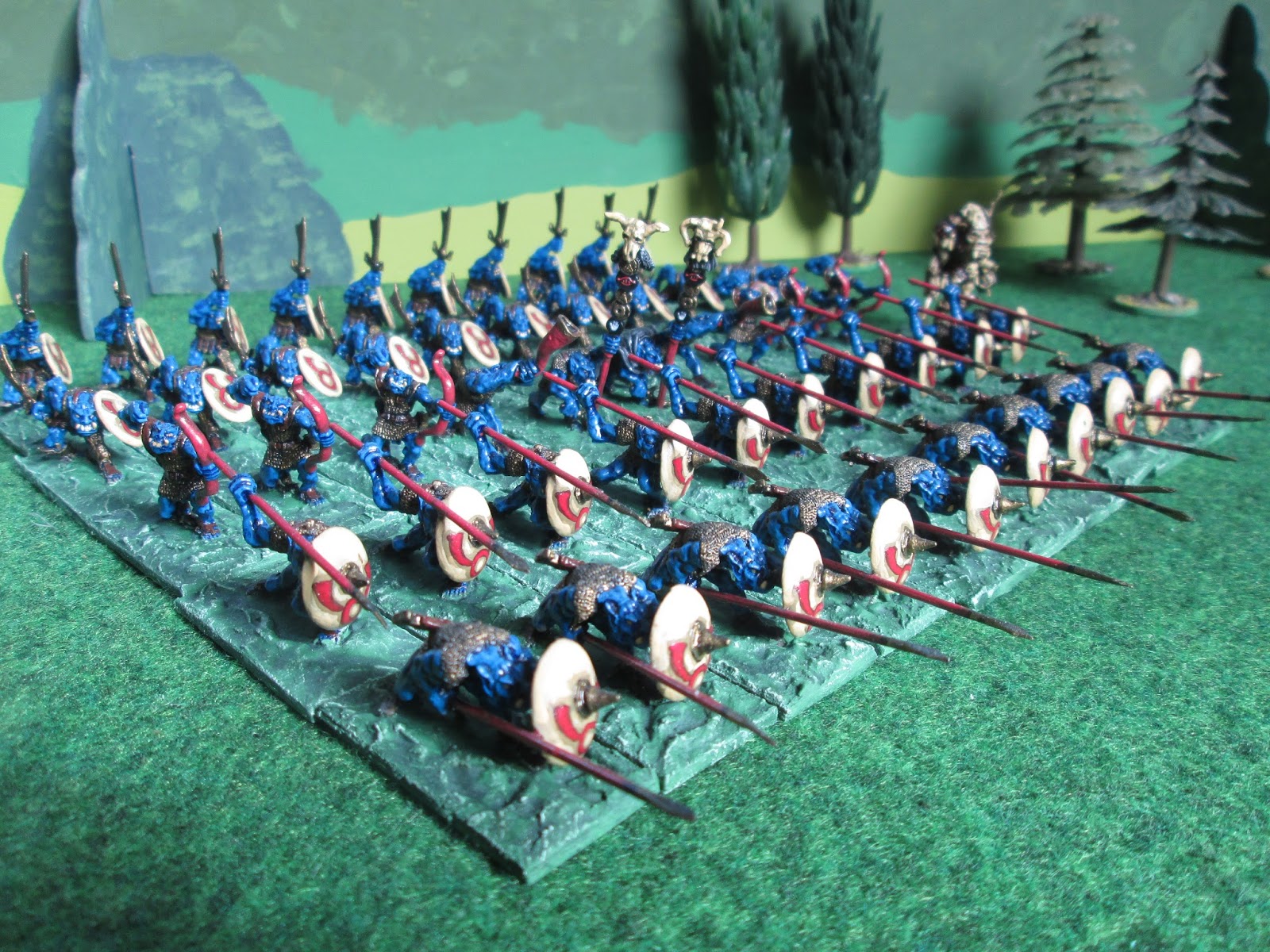 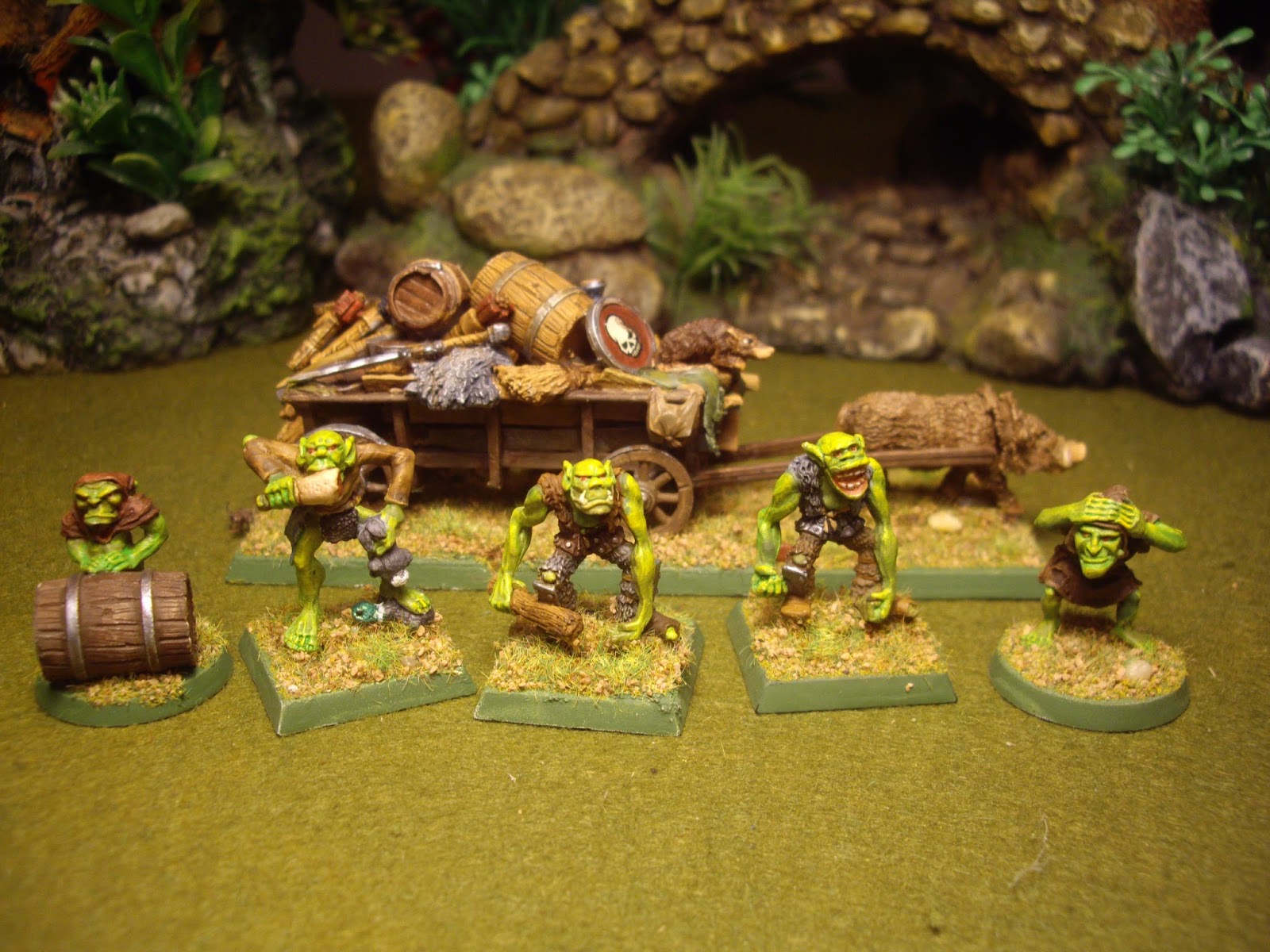 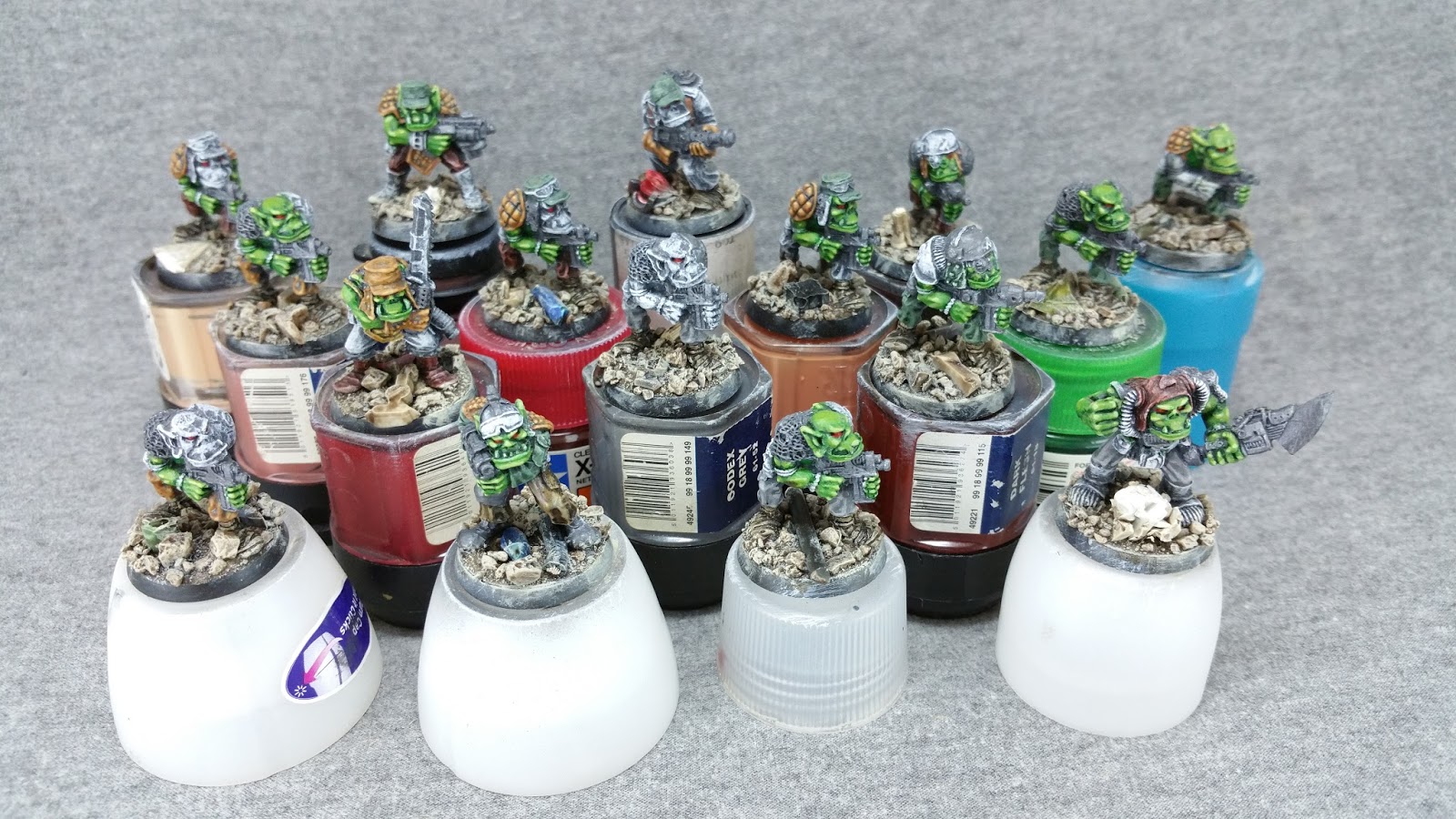 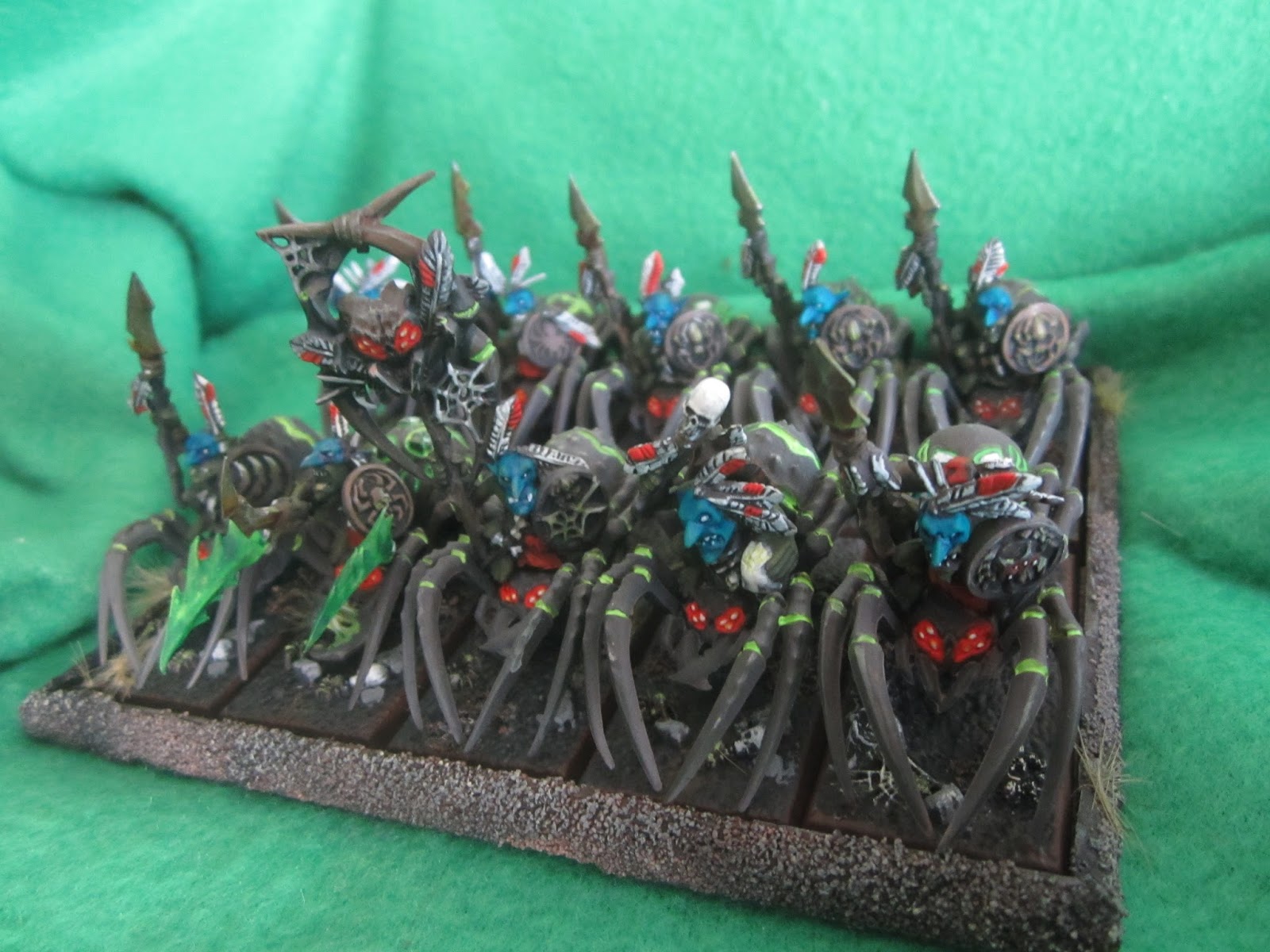 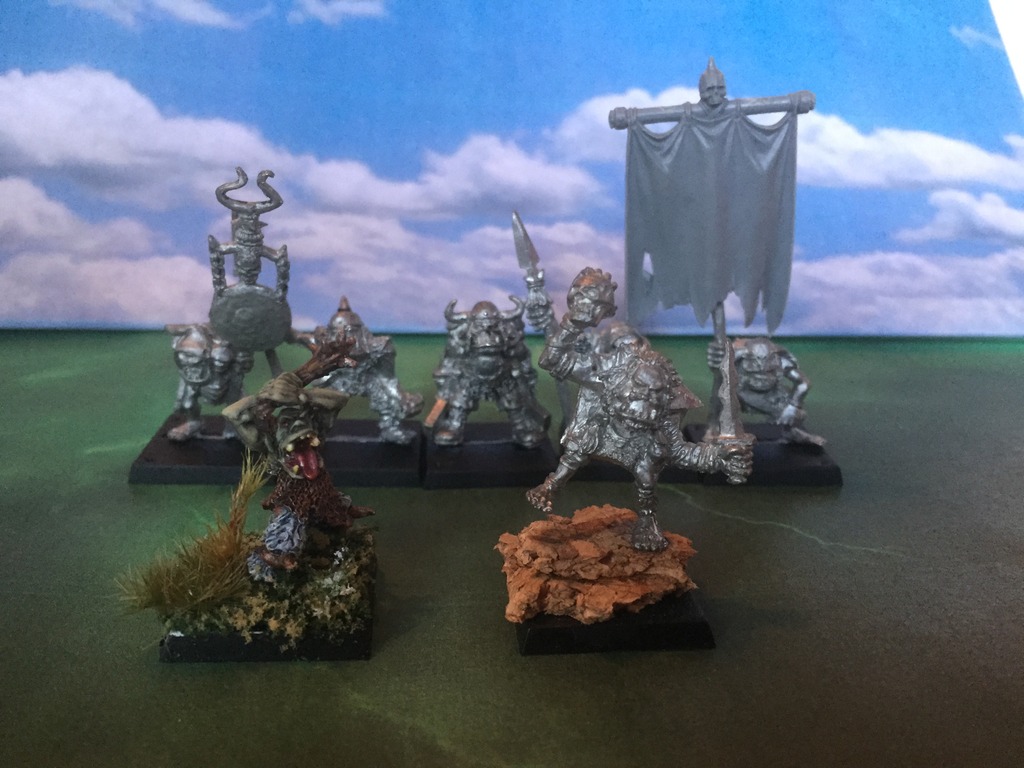 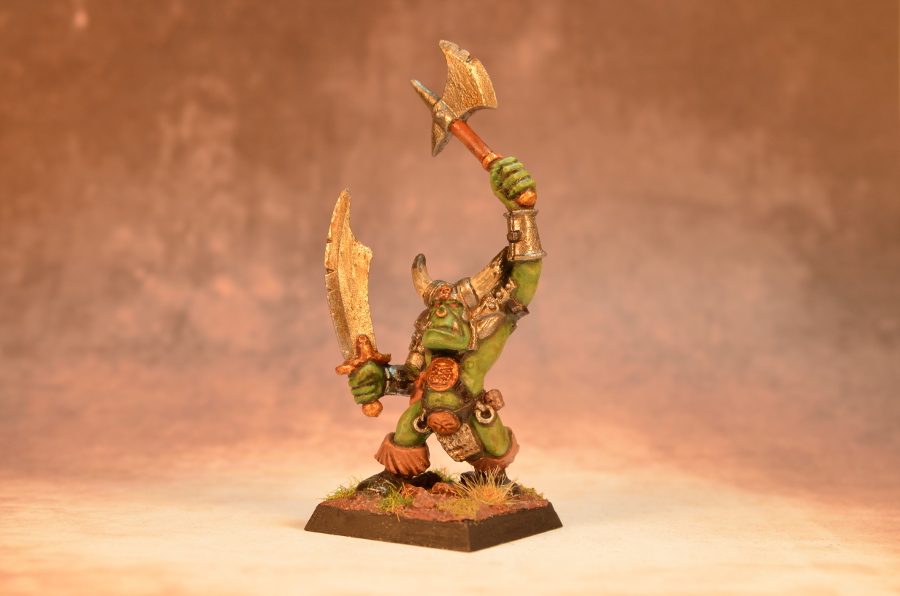 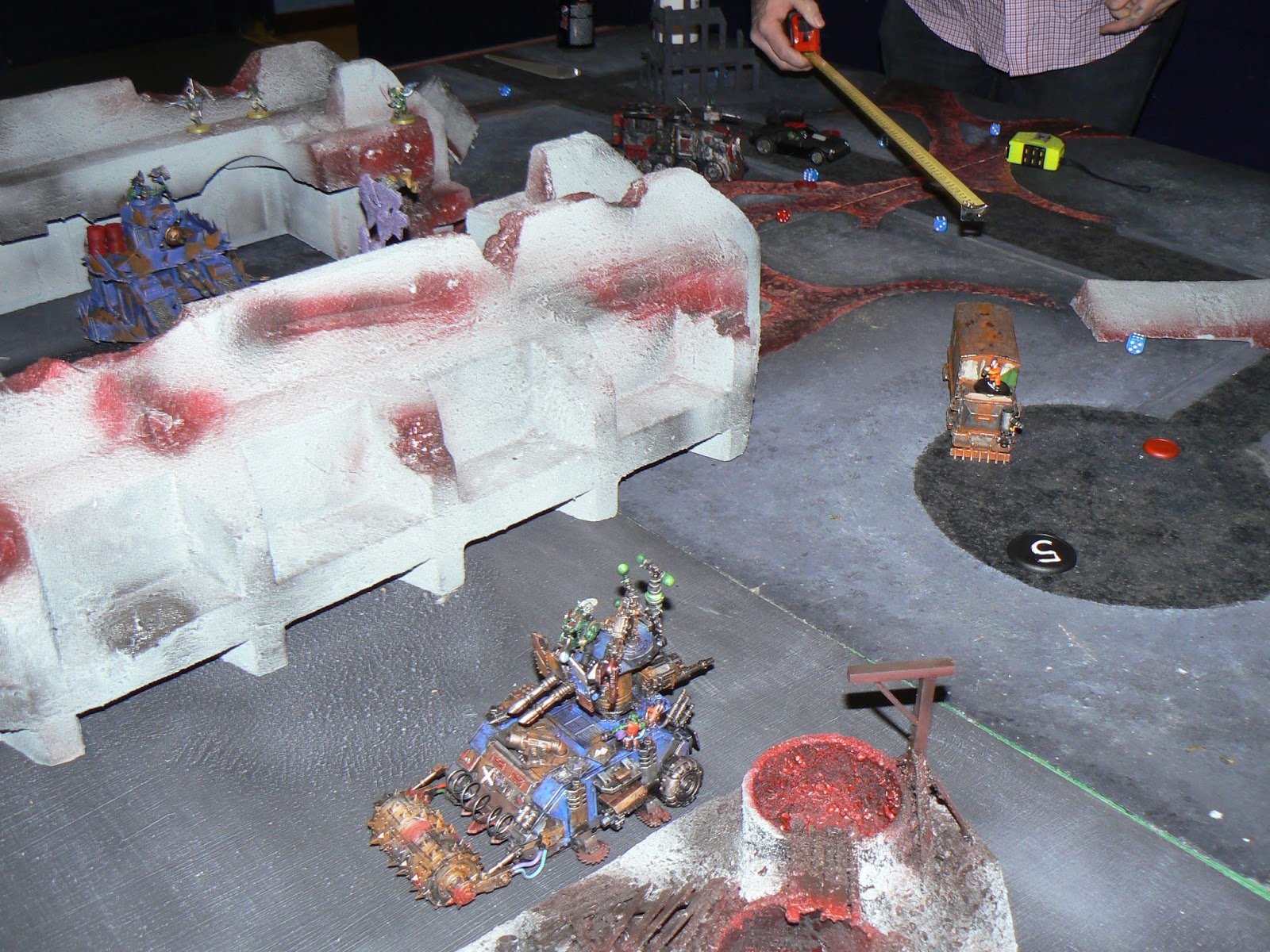 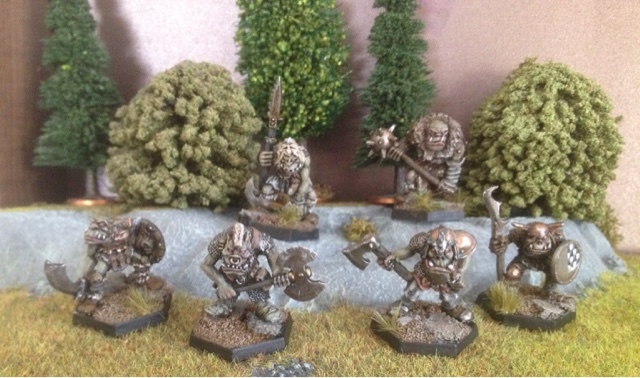 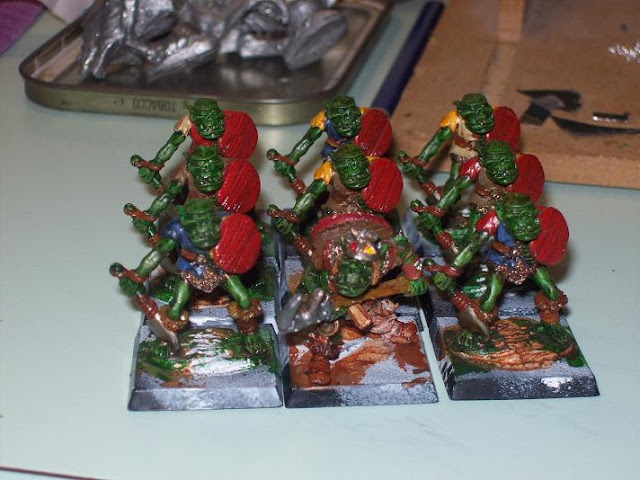 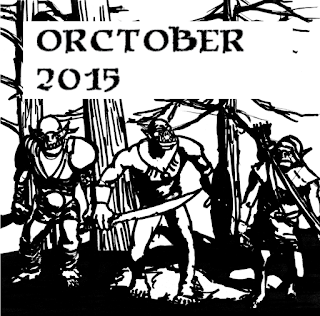 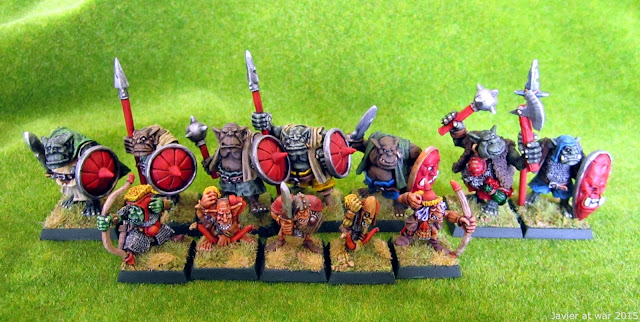 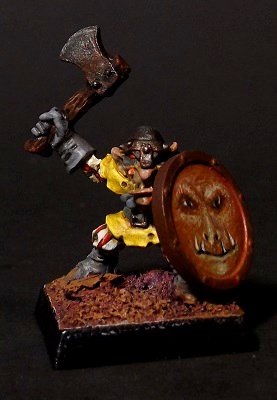 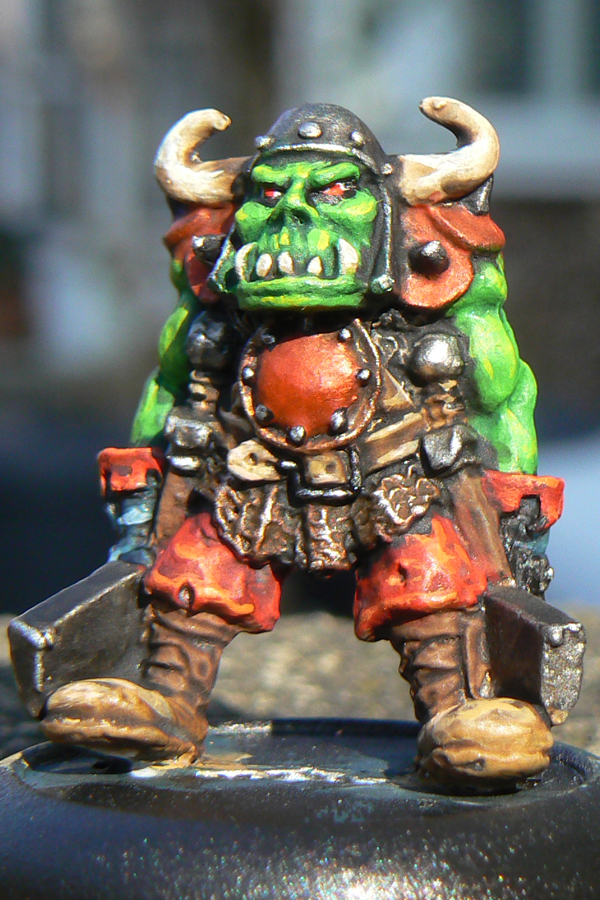 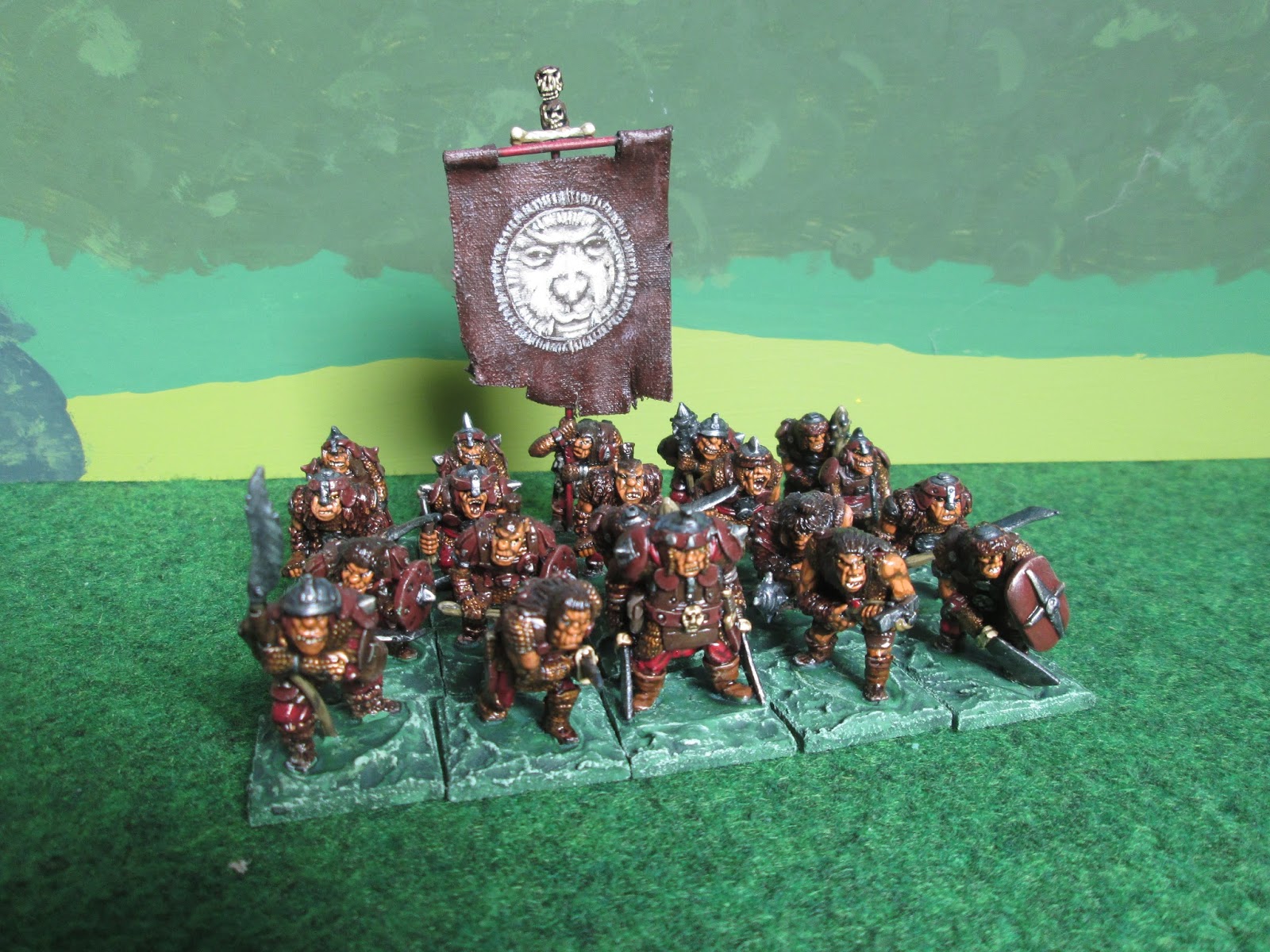 Part of the point of Orctober for me is to motivate myself to paint the frankly ridiculous numbers of orcs in my collection and give away some of what I can bear to give away. This will hopefully decrease the orc mountain and increase then numbers out their painted and being played with.

To that end I have decided to get at least one unit painted this month and the unit I have chosen is a mint set of Ruglud’s Armoured Orcs.  Well near mint the box is a bit shabby but the miniatures are all as originally sold, the plastic bases, shields and crossbows are all present, untouched and on sprue. This particular set has sat on my to do pile for a good many years but my original set has been painted, they were a Christmas present from the very late 80’s and the first big boxed set of miniatures I ever got. 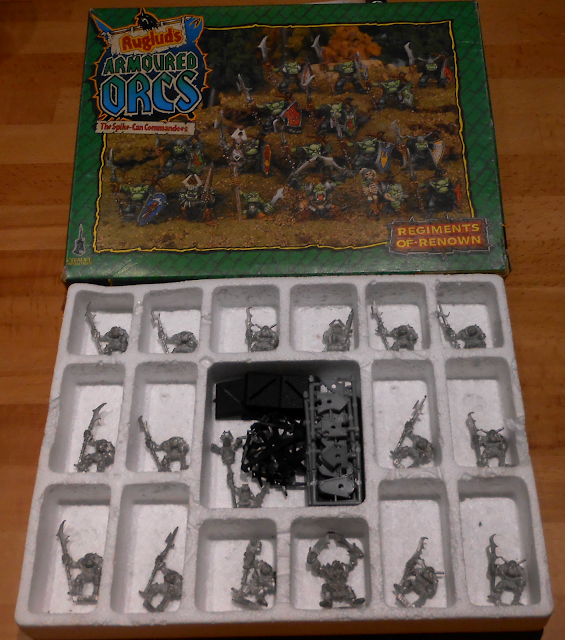 To give these boyz a review some twenty-five years after they were produced I would start by mentioning there are seventeen individual figures. Four sculpts unique to each boxed set com prising a hero, leader, standard and musician/shaman.  There are then thirteen troopers made up of a random mixture of four different sculpts. The mix I’ve ended up with is pretty good with a 2:3:4:4 selection.  In previous Regiments of Renown sets I have ended up with none of a particular type so I can’t complain about the mix. 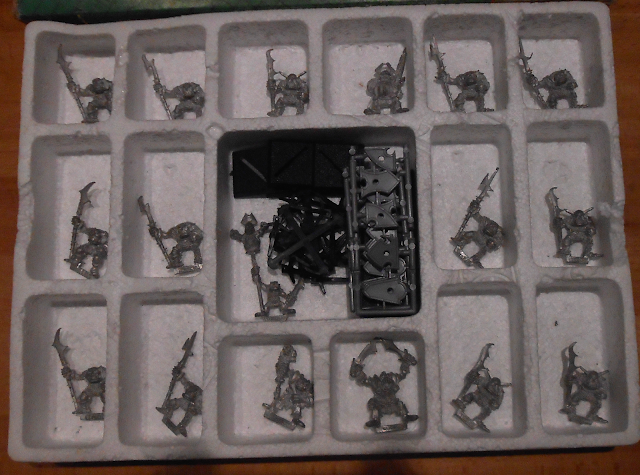 The miniatures themselves are good clean casts with only a small amount of flash. The details are sharp and show all the equipment the troopers need except the crossbow and shields supplied on the plastic sprues. Obviously the greatest differences are with the unique sculpts but even the troopers show a god variation in armour and equipment.

From previous experience I know they paint up well and rank into units with no fuss. If you were going to look for these on Ebay you ought to be able to get these complete and unboxed for less than sixty quid though patience would probably be rewarded. As I write this a boxed set that needs some love is currently at twenty five pounds.

First step for these boyz is to clean them up, base them and under coat them. Back once I’m done.
Posted by Erny at 02:22 11 comments: